The amazing honeybee one of the most industrious, important creatures on the planet. They play an essential role in our existence, <b>pollinating </b> the vast majority of edible plants and providing us with some of the most delicious and nutritious food in the world.

Beekeeping is called the art of bee farming. Bees tend to create nests and remain in holes in tree hollows etc. This led the man into thinking that it is possible to conceive of and put them to live in a box that looks like a hollow tree or with hole in the rock to produce honey for him. So began slowly – slowly the man to deal with beekeeping.

From the deepest prehistoric antiquity all the traditions of the people associate bees with human activities in search of food and show that the bee was one of the most important allies of man in the struggle of life. Even before the man engaged in agriculture, the bee been supplying him with food and with a valuable material for many uses, beeswax. In modern times, as before in the course of centuries, millions of people around the world benefit from working bee by-products of the activity.

In ancient Greece also beekeeping was fairly high already from the prehistoric era as shown by modern erefnes. Alloste from this period are the writings of Aristotle for beekeeping. The views are still valid until the Middle Ages. The middle ages did not add many new things in beekeeping, except perhaps tobacco when no one was going to deal with the bees, so they do not get angry too. Later beekeeping was kind occupations of monks in monasteries, where he developed significantly. 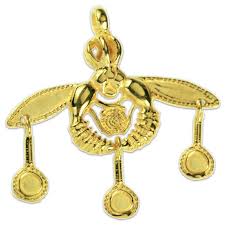 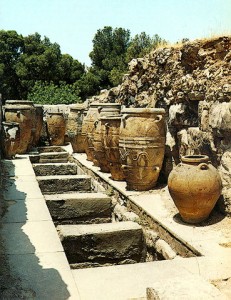 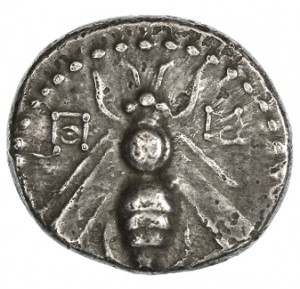 The strong relationship between the Cretans and bees goes back a very long time. In Greek mythology, the bee (“Melissa”) was the daughter of Crete’s first king Melisseas. She nested inside the sacred cave, the birthplace of Zeus and became his nanny. In ancient times, the Cretans believed that their island produced the best honey because it was Melissa herself who taught them the art of beekeeping. She was entrusted by Zeus’s mother with his upbringing and accomplished her task by feeding him the golden treasure of Crete.

The historical relation of the Cretans, bees and honey becomes obvious when one sees one of the most important exhibits in the Archaeological Museum of Heraklion, a museum showcasing most secrets of the Minoan civilization. It is an exquisite gold piece of jewellery representing two bees (who some say are in love) flanking a round portion of honeycomb. Furthermore, an excavation in Phaistos (South Crete) brought to light clay pots with traces of honey, indicating that honey was an essential part of the diet of Ancient Cretans and the only known sweetening substance for many centuries.

Honey, this exceptionally natural sweetener of great nutritional value, contains precious substances (such as organic acids, proteins, enzymes, metallic salts, etc.) and can be consumed even by people suffering from diabetes! It is also rich in vitamins and anti-oxidants. Vitamin E, the basic vitamin in honey, along with other substances, removes harmful substances from the body that either originate from the body itself or are the result of human activities, e.g. smoking, radiation, and consumption of processed food that is usually the cause of tumour growths. It strengthens the sense of smell, heals respiratory system related diseases, sooths the throat and relieves from coughs. Furthermore, it protects from eye diseases, it’s a diuretic due to its antiseptic properties (it restricts bacteria contained in the bladder) and so much more without any of the negative aspects of sugar. The father of medicine, Hippocrates, recommended honey as a cure for many diseases and Aristotle believed that life could be prolonged with the daily consumption of honey.

The honey of Crete is completely natural and is produced in regions of endemic vegetation. The bio-system of Crete is rich in endemic plants, particularly herbs like thyme (thyme honey has a special aroma and flavour and its production is quite developed in Crete), sage and oregano and also pine trees, acacias, eucalyptus and citrus fruits. This vegetation and herbs are the favourite source of food for bees. A tour of the bee-keeping areas of Crete is enough for visitors to understand why Crete produces the most aromatic honey in the world: the beehives are amidst a variegated landscape scented by aromatic bushes and herbs, most of them endemic to Crete. Since snow covers only the highest mountain peaks and due to the prolonged summer season, wild vegetation is always available to bees for foraging.

Crete has produced honey since prehistoric times and is continuing to do so without interruption, as if nothing had changed. Perhaps the structure of the beehive has improved, but all else has most likely remained unchanged: the bees, the aromatic herbs, and the environment. The processing of the Cretan honey takes place by natural methods, without using high temperatures that destroy the vitamins or corrupting it with other sweeteners. 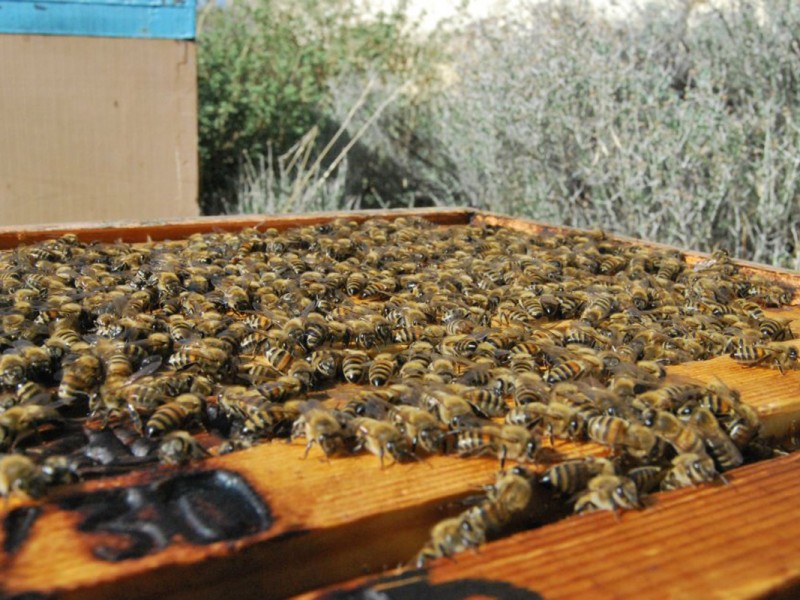 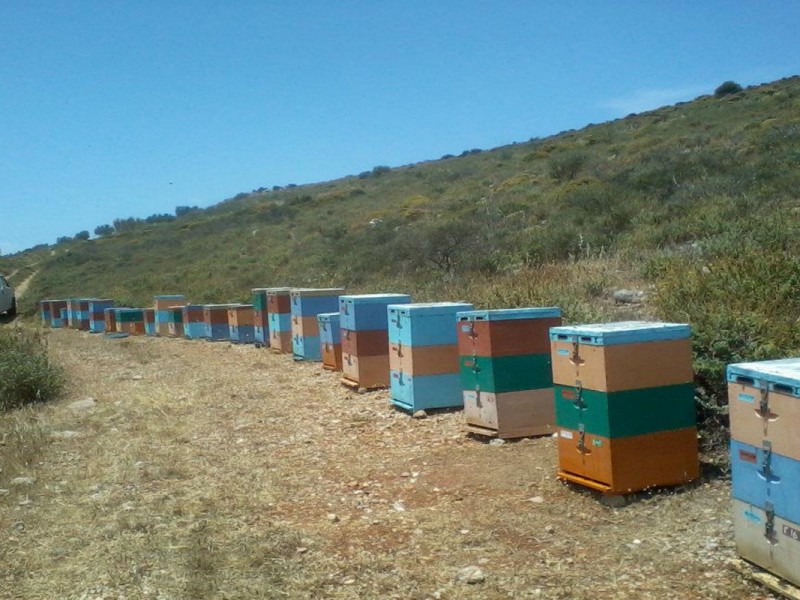 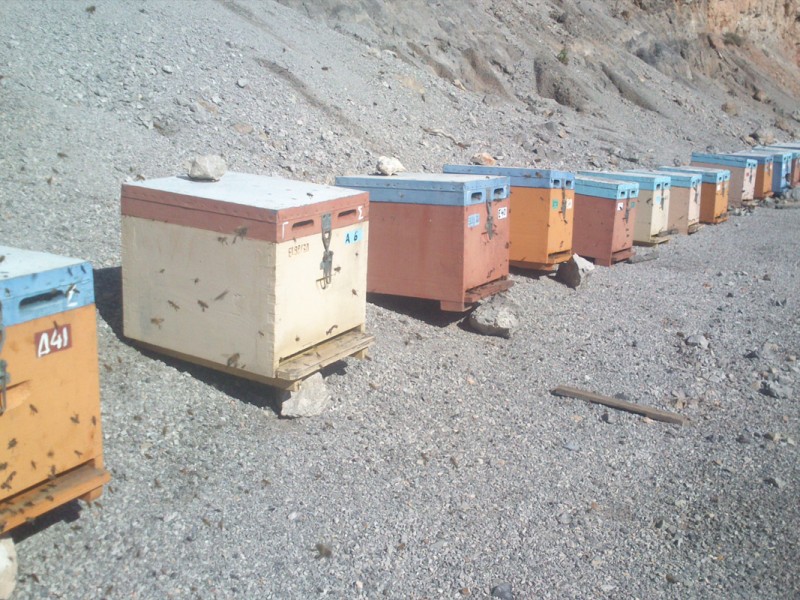 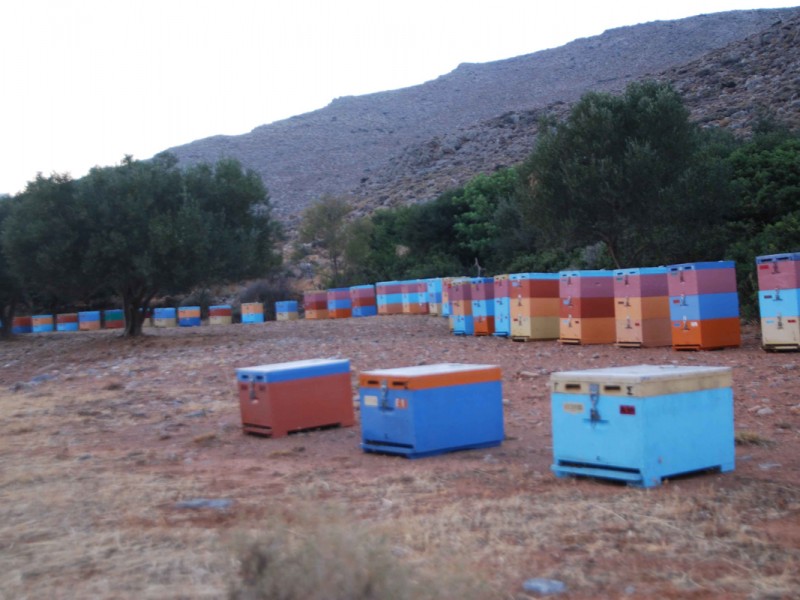 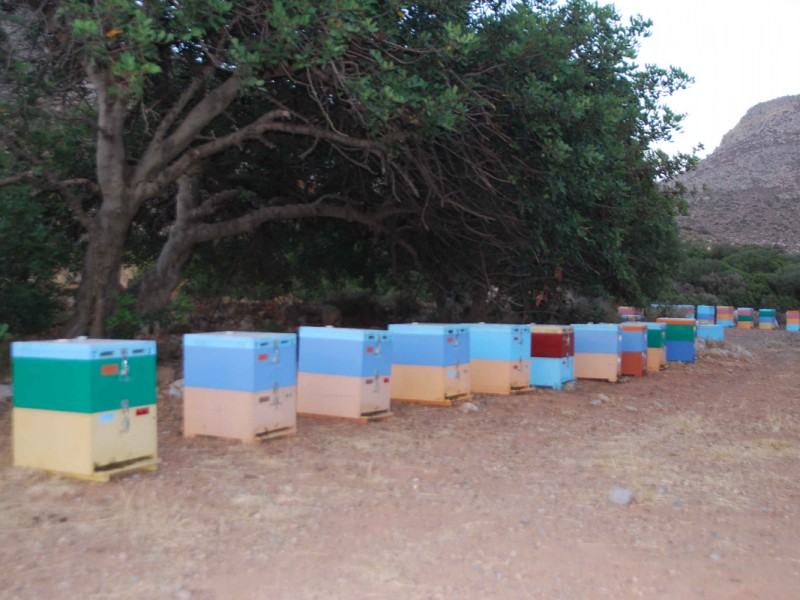 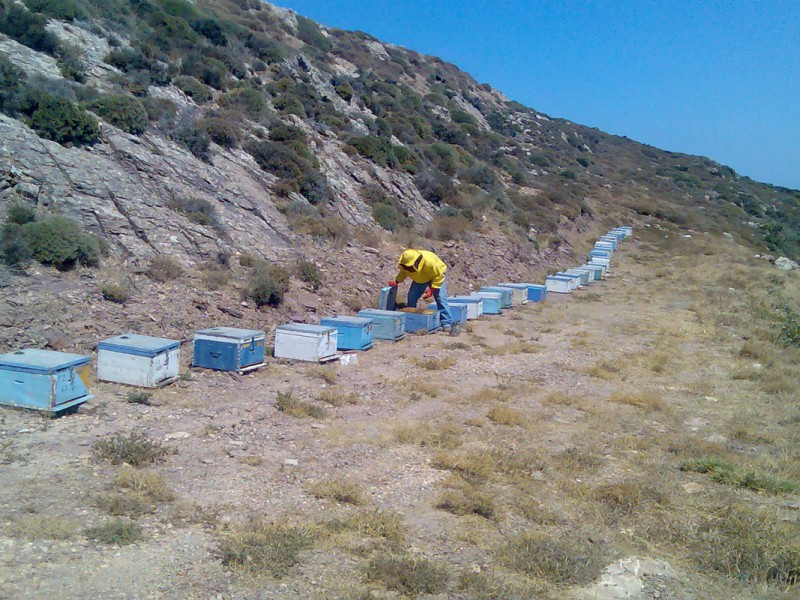 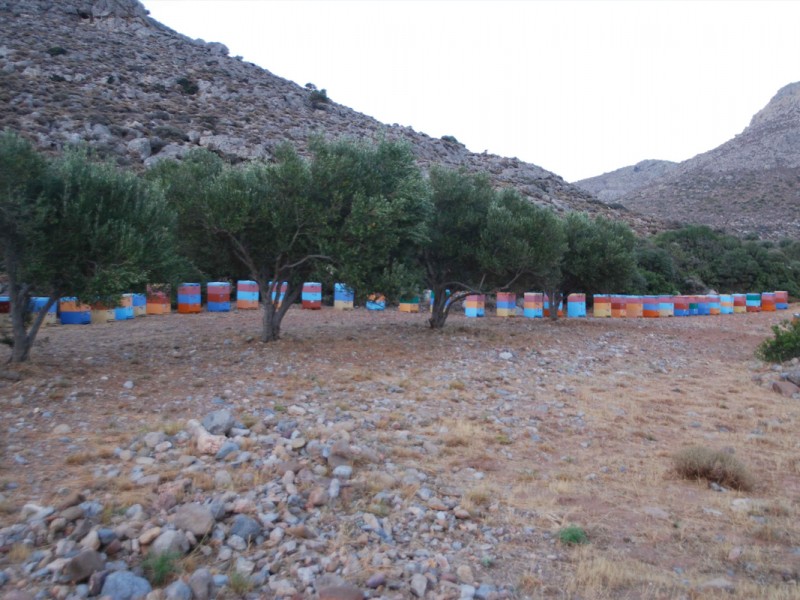 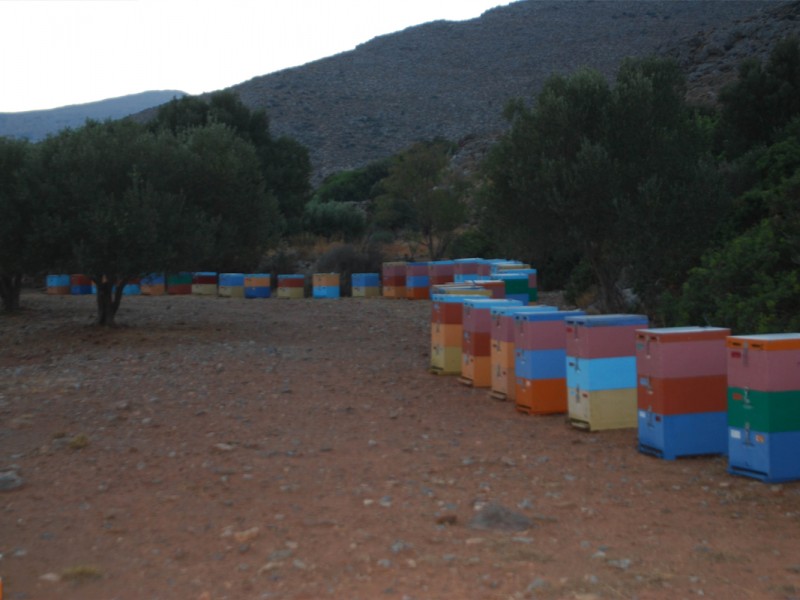 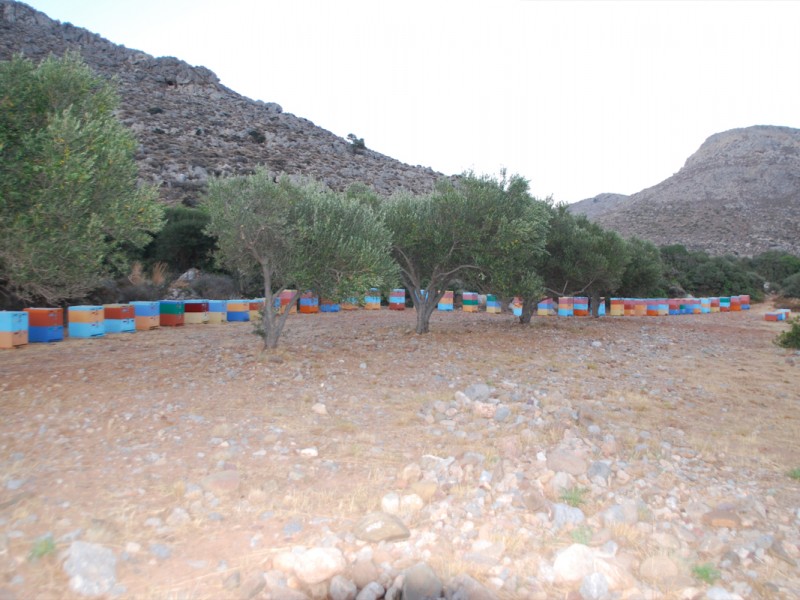 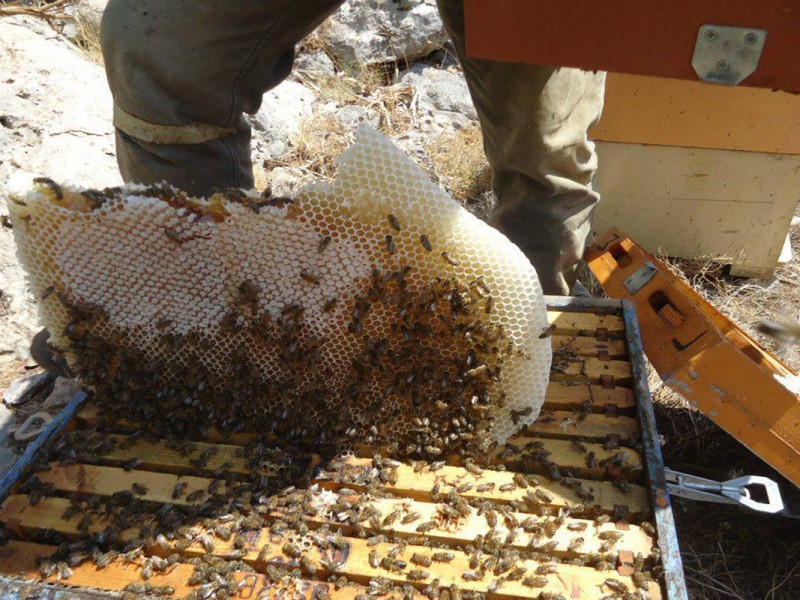 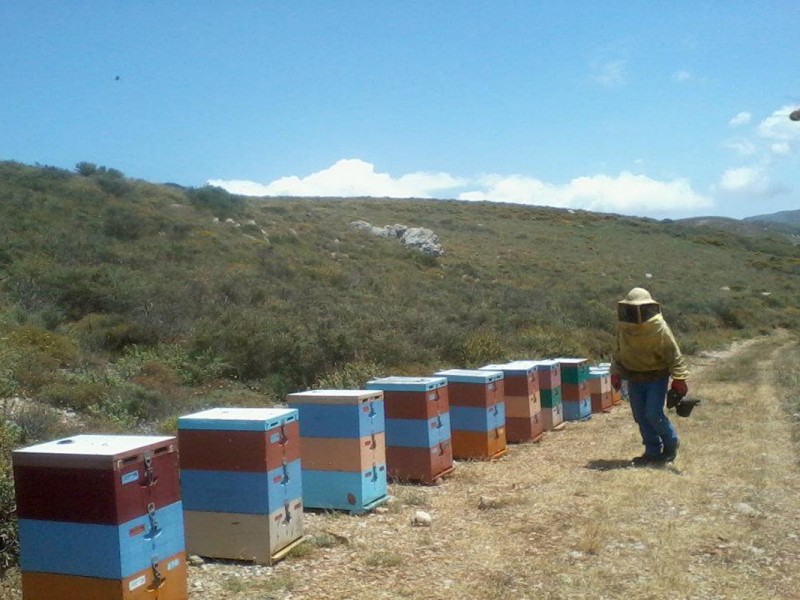 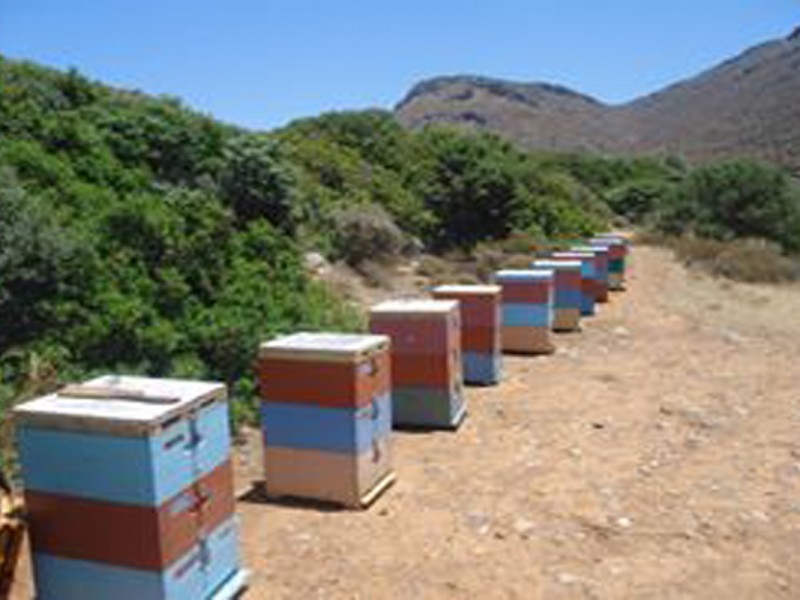